Betta jumped out of tank...

rosinx
Quick video. Sad story, going to do a burial later on. But in all seriousness, don't make the same mistake as me!

Quick video. Sad story, going to do a burial later on. But in all seriousness, don't make the same mistake as me!


Most popular comments
for Betta jumped out of tank...

Matthew Brooks - 4 years ago
How do you divide the tank

JP Fitzgerald - 4 years ago
Get a clear lid

Top Fish For 10 Gallons - 4 years ago
My Betta jumped out today but I had a very strong lid and there was only a tiny hole that the Betta couldn’t fit through. Does anyone know how
She jumped out?

Grey. Wolf - 4 years ago
it happened to me to , too my first betta

Samantha Luik - 4 years ago
Next time you should not fill the water up that high because the can jump out especially if there is not a lot of area to jump over.

Mistriz - 4 years ago
I know why, 1 the betta is not comfortable of the water tempreture, 2 the water is too high it can do a tiny jump and fall

trollingonaot - 5 years ago
I'm so sorry for your loss

Diana Rach - 5 years ago
My betta jumped out as well and he by the time I noticed he was very far the from the tank and there was no trace of water where he had landed plus he was completely shriveled and dried. I put him back in the tank just out of sheer panic and about a minute later he flinched and then sunk!!!! He was gasping and very much alive. U should have tried putting him back in. About 10 minutes of struggling he was normal again.

PunchProductionz - 5 years ago
Your supposed to keep a top on it......

MegaSocky - 5 years ago
it feels like there's too much water. Recommend leaving at least two inches of water so they can breath still

Angel Warrior - 5 years ago
I had a fish and 3 jumped out, so I thought they where dead because they weren't moving, so I put it with my turtle (as food) and when I went to go check they were alive so I out then back in the tank

John Roy - 5 years ago
The first betta I got was a VERY fancy one. It was pure white and had very large flowing fins like a wedding dress. The next DAY.. I found it had jumped out of the tank! HOW!? The damn things barely ever move.. and yet they can jump out of a tank? I don't see how it is possible that betta could jump. That would be like trying to swim fully clothed. By the way.. screw bettas.. get skirt tetra glofish, angel fish, rams, and barbs.. Other types of freshwater fish die too easily or are too aggressive.

Donna - 5 years ago
+John Roy Still, one death a month is showing something isn't right within the system, whether that's water parameters (ammonia, nitrite, nitrate, PH, hardness/softness, chemicals etc) whether the fish species is actually suitable to those parameters, bullying, stress and overcrowding to name a few, but there's many more reasons too, a lot of ppl think its as easy as just putting fish in water no research needed which couldn't be further from the truth. A healthy aquatic ecosystem with no overcrowding you shouldn't be getting deaths at all unless its due to old age.

Just out of interest, what is your setup? (litres/gallons which ever metrics you use) how long has it been set up? did you cycle it? what species? and have you ever tested the water? water changes? how much? how often? live planted? substrate?

You don't have to answer if you think I'm being a little invasive, I'm just trying to help that's all. Kept tanks for many years and passed on my own experience and knowledge to my own sons of 11 and 13 years of age, youngest now keeps peacocks & Haps cichlids (he swapped species a few times and no doubt I'll end up with these cichlids bc he now wants freshwater puffers or discus) eldest keeps a community tank with a mixture of species (angels, cardinals/neons, sailfin platies/mollies, killifish, black skirts, red eyes, danios, clown and khuli loaches, corydoras which are spawning atm) along with a nursery tank for fry/eggs and a grow out tank successfully, haven't had any deaths in a long time apart from one suicide neon tetra a few weeks ago that jumped out.

John Roy - 5 years ago
+Donna What you said is pretty much exactly what I said. Bettas DO jump.. which surprised me. Some fish considered to be hardy are actually quite sensitive to water parameters.. in fact, what is good for one type of fish, is sometimes bad for another. I have VERY few deaths anymore. It seems like the less the tanks are fooled with, the happier the fish are. Also, over-feeding is the #1 cause of fish deaths. The so-called experts are often full of it. Anyway.. I have roughly 100 fish now.. and I now have about 1 death a month. I used to have about 1 death per DAY.

Donna - 5 years ago
BTW, Bettas do jump, its a survival instinct. Wild Bettas jump out of puddles to get to cleaner, bigger rice paddies bc they cannot survive for more than a day or two in a puddle (they end up in puddles when water starts to evaporate in the paddies, this is the biggest misconception about bettas living in puddles, they don't, its through evaporation of their territory.

Donna - 5 years ago
Other fish don't die easily, if you think that from experience then the problem is down to you. Some species of fish like neon tetra are really sensitive to water parameters, a slight ammonia spike, nitrates and nitrites, PH level, water hardness, chemicals/ toxins, metals all effect fish, some more than others. Then there's also not enough oxygen, aeration, filtration, heat that effects different fish, also stress which lowers their immune system leaving them susceptible to illness/disease which leads to death.

The fish you named are considered 'hardy' meaning they can take slight changes within their environment.

Most fish die through ignorance from lack of research NOT because of said species.

Snigdha - 6 years ago
Is it really necessary to fill the whole tank with water? I usually leave some space so that my betta Mauve won't be able to jump. I have a 4 gallons tank though. Sorry for your little betta. Swim in peace.

Similar videos
for Betta jumped out of tank...

Sea lion jumped onto my kayak

While kayaking in LA a sea lion was floating in the water. When he saw me he swam all around the kayak and eventually...

After being spotted SURFING I jumped from a...

The most intense thing what I have ever done. The main goal was to reach the planned city (for some reasons I don't... 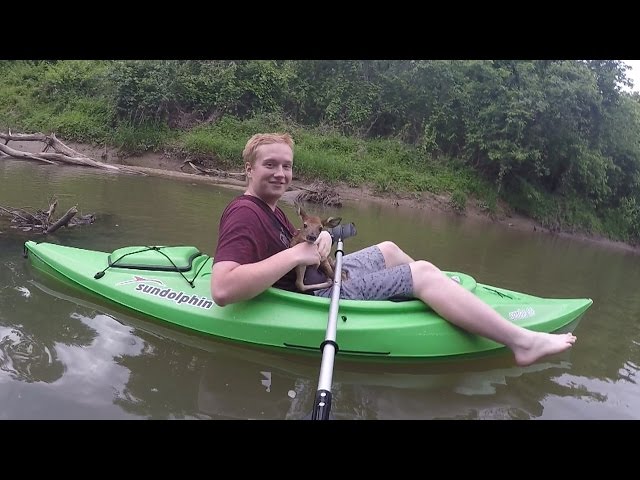 A Baby Deer Jumped In My Kayak

When we went kayak we had a little baby deer follow us around in the water. 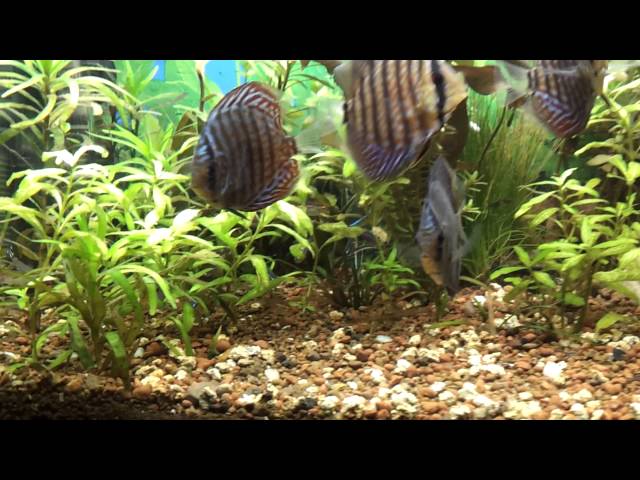 This is a small planted discus tank with 4 Discus,8 Neon tetras,4 Rummy nose tetra and 1 Chinese algae eater.Water is...

My Betta Mirage jumped out of the tank 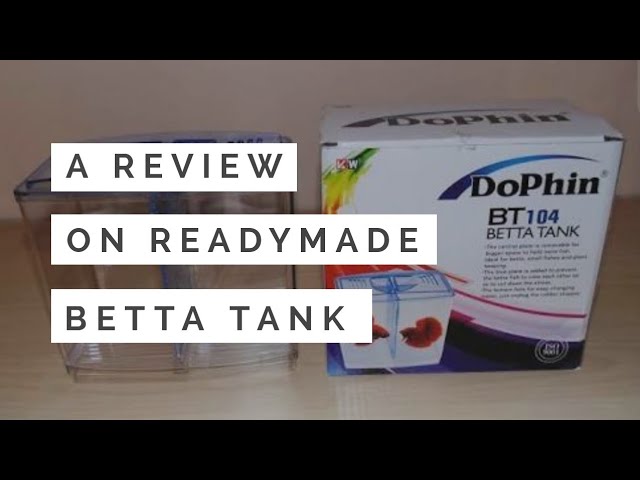 Dear People, Greetings for the day... This video is for knowledge purpose and kindly support us for more.. I bought...

Related videos
to Betta jumped out of tank...

My Betta Mirage jumped out of the tank

Dear People, Greetings for the day... This video is for knowledge purpose and kindly support us for more.. I bought... 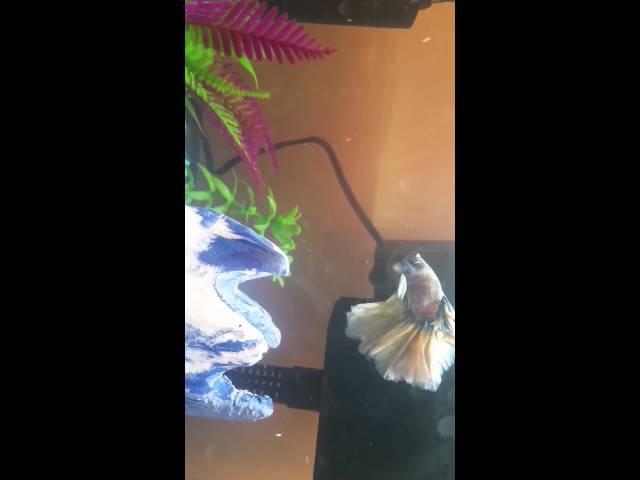 MY BETTA FISH HANING IN CORNER AND AT TOP OF...

About Betta jumped out of tank...

The "Betta jumped out of tank..." video is part of the Betta aquarium category, which contains similar videos like this one.