John from Hitched and Haulin' demonstrates how to assemble the Intex Explorer K2 Inflatable Kayaks. Find it on Amazon - http://amzn.to/2tMNF6q

Christian Sicairos - 2 years ago
Where do you buy your life vest?!?! Love how lightweight they look.

Ian Kirkpatrick - 2 years ago
How long will this kayak hold air for?

Durva Nandapurkar - 2 years ago
Thank you for the wonderful video, I wanted to have a look at how to assemble the kayak before I buy t for me and my brother for summer this year. Looks pretty easy, assembling and the kayaking altogether

John Kramer - 2 years ago
real nice video with instructions. thank you. can you lean back into the seats or are they only for namesake? i have been kayaking in the HD polyethylene ones and their seats are sturdy to lean into and use the oars.

Jean Morin - 2 years ago
I kept a smile on throughout the whole video. Very sweet! Cool family!

Chris Cole - 2 years ago
How long does it take to inflate it? I just bought one and can’t wait for it to arrive

Paulina Paulino - 2 years ago
TY for this video. I got a K2 for Christmas and will be taking it out the moment the weather turns a bit warmer.

UpBreeze - 2 years ago
hows the boat?> i ordered one!

John Caban - 2 years ago
Thanks for the video. This is the same Kayak I am looking at. On sale for $70. Do you think it would do alright on the water with 2 Adults? I know the weight capacity is 350lbs and both of us is under that.

Victor Beltran - 2 years ago
I've been thinking of buying one, thanks for the vid.

toughsurvival - 3 years ago
Looks like you have putted seats in a wrong direction.

toughsurvival - 3 years ago
You have owned it for a year by now. Have you had any problems this it. Is it still holding well?

Rachael Donohue - 3 years ago
This is super helpful, thank you! Taking ours out for the first time today.

Hitched and Haulin' - 3 years ago
Rachael Donohue I’m glad the video was helpful, and that y’all had a great time!

Rachael Donohue - 3 years ago
Hitched and Haulin' We did! I’m SO glad we watched this first. I didn’t find the instruction booklet terribly helpful so his video was key.

Ernesto Armando - 3 years ago
What a great family video!! thanks for sharing the instructions. God bless!!

Brett Thomas - 3 years ago
great job on the review.. excellent editing on the video..

ParisLondonRoma - 3 years ago
Thanks for pointing out the drain opening and plug. Intex doesn't even mention that in its directions which seems crazy

Emily - 3 years ago
I also didn't know about the drain opening and plug. I wish they didn't make it clear because we started out on the lake and didn't know about it and started letting water in. I learned from your video where the plug was. Thanks so much for a detailed video.

crosshair - 3 years ago
this is an awesome boat. very well made. I've taken it into choppy saltwater, performed great, no rips or tears.

Tom Beck - 3 years ago
I hope this isn't a dumb question, but is it okay for just one adult? I'm looking to get one without a second paddler.

Hitched and Haulin' - 3 years ago
Tom Beck Hi Tom! Yes you can use this kayak with just one adult. My husband and I have done that a couple of times. We just install the back seat only, but Velcro it slightly more forward than we do when our kids are with us. However, Intex also has an inflatable one-person kayak that is not as long. It’s the Intex Challenger K1 that you might look into. ~ Ginni

Myles Bishop - 3 years ago
Jay Dub just received mine looks like a lake only kayak? It couldn't handle rivers could it?

webcoder.eu - 4 years ago
This kayak is an excellent choice for the price. I've used it on Scottish sea, lakes and rivers (semi white water rafting) and it's been holding up. Though, as alwas, there is a room for improvements namely:

- seat cushion joints/seals are very thin and weak/easily separate. One has to be very carful not to tear them when installing in kayak. It happened to one (slightly torn 10% and bottom from back separated completly later). I will be trying to glue them together with a special glue and PVC marine grade fabric (no change of stiching without puncturing them). I will probably go ahead and reinforce the others too to avoid breaking them too.

- virtually impossioble to get parts in the EU/UK. I spent numerous of hours trying to get a lost skeg and eventually found one in the UK at £14 (got two at http://dev.intexwetset.co.uk/Boat_Parts_AND_Accessories/__/Skeg/11650/ as they tend to wear in shallow rivers)! Same one on Intex US website it's about $3 (http://www.intexcorp.com/11650.html). I could not find any seat cushions anywhere nor will pay $43 + US->UK international shipment for one (http://www.intexcorp.com/store/sporting-goods/parts-and-accessories/11643.html) hence the idea of gluing them somehow together.

- top sides seams/joints when paddling tend to rub into bottom hand skin causing sort of cuts and scratches. One has to remember to keep hands above them although it's difficult while rafting or when fatigueg. I will probably glue some patches over them in areas close to arms to solve this problem.. - paddles/oars are a bit soft and bend requiring more force to propel the kayak.

Apart from the above the kayak is excellent and so far has not let us (2 + dog) down - pros:

- really robust
- spacious
- boston and drain valves
- compact oars and build
- can be used in the sea, rivers and lakes
- it's fun (take under account strong winds while paddling in the sea or they can get push into direction you don't paddle - was a bit of hard work to get back to shore).

A Google User - 3 years ago
How much does your dog weight? Do you think the the claws of a 60 pound dog would puncture the kayak? Is it sturdy enough?

Robert Hernandez - 4 years ago
how long to deflate?

Carolus De Ro - 3 years ago
It takes just a few seconds because like he said you have a big valve that you can unscrew like with the intex beds and then the air can flow freely.

Robert Hernandez - 4 years ago
John thank you for the info.

Hitched and Haulin' - 4 years ago
Oh, it's really easy to deflate. They have a bigger valve below where you air it up to deflate it that releases the air quickly. I'd say the hardest part is making sure the water/sand are out before you fold it all back up. Overall great kayak. We've had a blast on it. ~ John

Marlin Roth - 4 years ago
Nice video man! It's not so bad of a boat. I have a seam torn on the back part of my section 1, and a leak somewhere in the floor, but it still keeps my butt dry for at least an hour or two for some fishing. You have a wonderful family, and it was fun to watch the video

BonnieFlyFisher - 2 years ago
Are these OK for fishing out of?

Hitched and Haulin' - 4 years ago
Thanks so much! Appreciate it! We've had so much fun with these things. I haven't come across a leak yet, so it's good to know it will still keep us afloat.

tranquility - 4 years ago
Ty so much! You are the first person I saw, to show the valve in the front. No one else did that I came across thank you! Have fun!

Hitched and Haulin' - 4 years ago
tranquility You're welcome! Yes, that's a very important valve to remember to close! I check it every time before we go out. 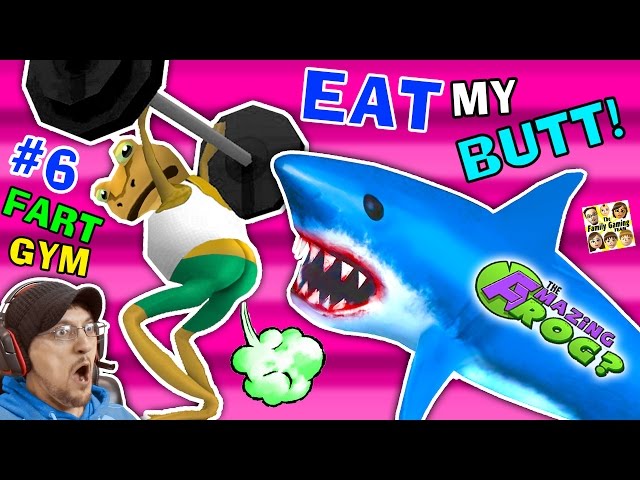 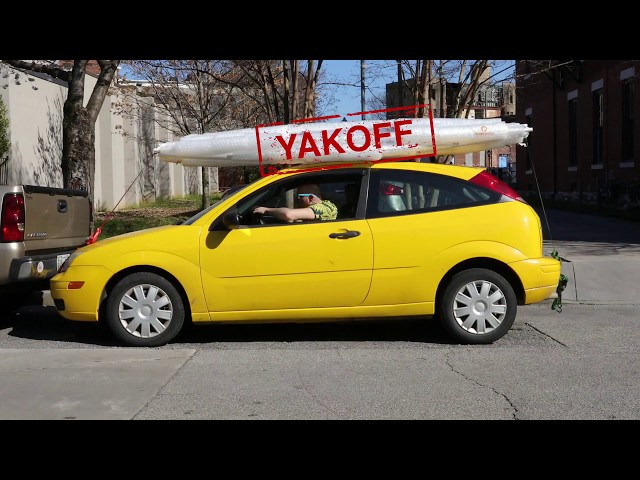 Perception Kayaks | Don’t Get Yakked Off Ever...

For the full video go here: https://www.perceptionkayaks.com/us/yakoff Yakoffs are a serious problem. Perception... 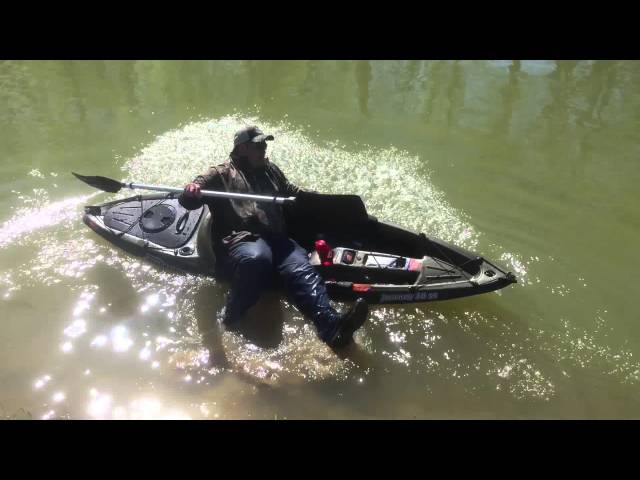 Why not to buy Walmart kayaks !!!

If you are a bigger boy , this is what it's like trying to use a cheap kayak. He upgraded to a feelfree lure that... 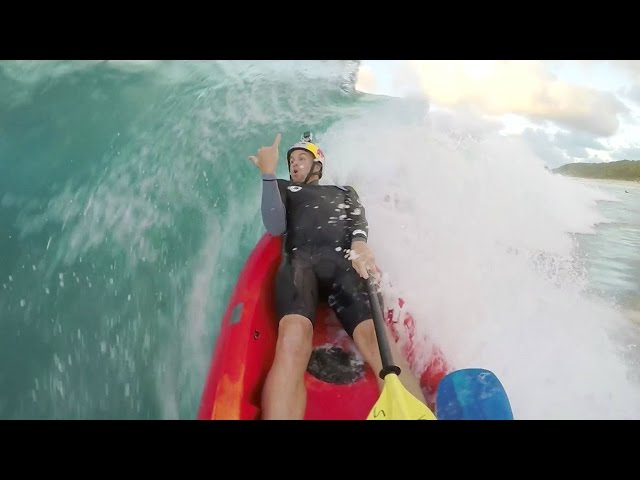 ► CLICK to watch the next episode on Red Bull TV: http://win.gs/JOB6E3 When Pipeline is firing, there's no stopping... 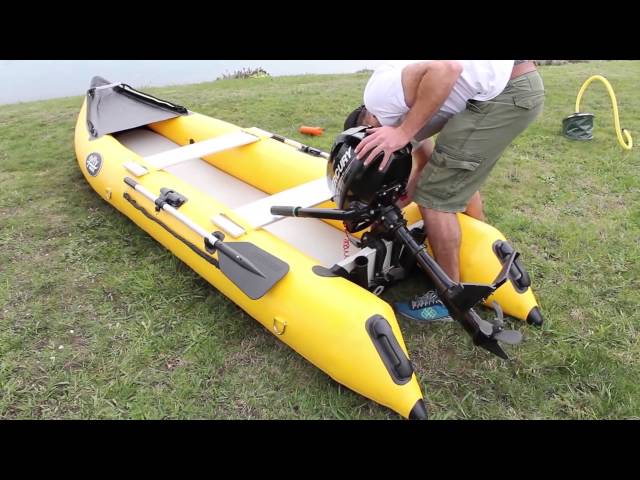 Freedom Inflatables is proud to present the Nifty Boat. This extraordinary vessel is a best-in-class, versatile boat...

Perception Kayaks | Don’t Get Yakked Off Ever...

For the full video go here: https://www.perceptionkayaks.com/us/yakoff Yakoffs are a serious problem. Perception...

Why not to buy Walmart kayaks !!!

If you are a bigger boy , this is what it's like trying to use a cheap kayak. He upgraded to a feelfree lure that...

► CLICK to watch the next episode on Red Bull TV: http://win.gs/JOB6E3 When Pipeline is firing, there's no stopping...

Freedom Inflatables is proud to present the Nifty Boat. This extraordinary vessel is a best-in-class, versatile boat... 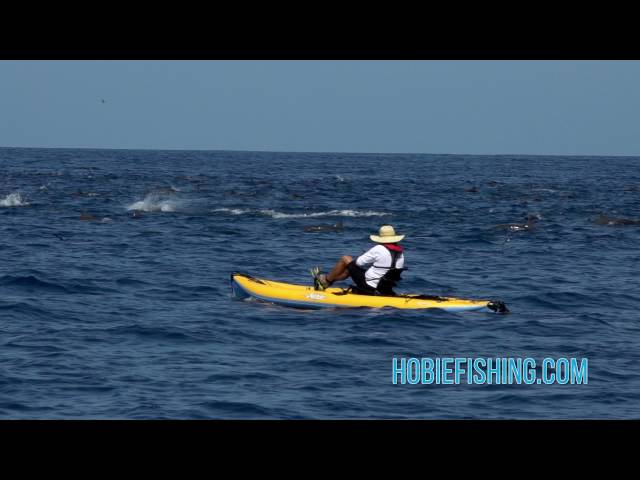 The "Intex Explorer K2 Inflatable Kayaks" video is part of the kayaking category, which contains similar videos like this one.